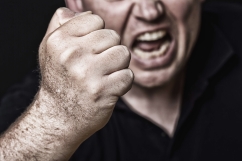 Assault is a serious crime that will go on your record and result in you facing:

Contact the Bakersfield criminal defense attorney at our firm today if you are facing
assault charges.

Felony assault charges include assault with a deadly weapon. The use of a handgun or other firearm or weapon in the commission of a crime, or in an attempt to commit a crime can lead to felony charges with heavy penalties, including time in state prison up to 4 years and a fine of $10,000 under the California Penal Code, Section 244. When the accusation involves a weapon other than a firearm, the penalties are equally severe. When the offense was committed on school grounds or the alleged victim was a law enforcement office, the penalties are increased. Your prior criminal record and the circumstance of the crime will all be considered during sentencing. This is why it is so essential to hire an experienced criminal defense attorney.

At The Law Offices of Kyle J. Humphrey, we have decades of experience defending our clients who are charged with violent crimes such as assault, battery, domestic violence and murder. We understand the legal process and will be able to analyze your case to determine the best form of defense for your charges. There are many viable defenses that may be applicable to your situation, and with an assault defense attorney's help, your charges may end up reduced or dropped.

Contact a Bakersfield assault attorney today for aggressive defense counsel in all types of
assault charges.